You are here: Home / Archives for The James Gang 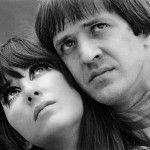 1964, 31-year old Salvatore Philip Bono married 18-year old Cherilyn Sarkisian La Piere. For a time they performed together as Caesar and Cleo before changing the name of their act to Sonny and Cher. Their union lasted twelve years. 1966, The Four Tops were at number one on the UK singles chart with "Reach Out I'll Be There." It was the group's only UK chart topper. 1967, … END_OF_DOCUMENT_TOKEN_TO_BE_REPLACED

1968, Deep Purple reached the number four spot on the US singles chart with their debut single "Hush."' 1968, Jeannie C Riley went to number one on the singles chart with "Harper Valley PTA." Jeannie won a Grammy for the best female country singer of 1968. 1968, Madame Tussaud's Waxworks in London gave The Beatles their fifth image change of clothes and hair in four … END_OF_DOCUMENT_TOKEN_TO_BE_REPLACED

1968, The Jackson Five signed a one-year contract with Motown Records. 1968, Decca pulls the Rolling Stones' Beggars Banquet from its release schedule, citing problems with the sleeve. The design features a graffiti-covered toilet. It's one of the first disagreements between the band and the label, with Mick Jagger angrily pointing out that Decca released Tom Jones' A-tom-ic … END_OF_DOCUMENT_TOKEN_TO_BE_REPLACED