You are here: Home / Archives for Vanilla Fudge 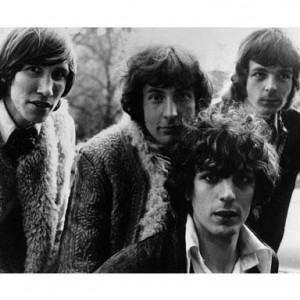 1966, Pink Floyd (who were paid £15 for the gig), The Move, Denny Laine, and Soft Machine all appeared at the launch for International Times at London’s Roundhouse.

1966, The Four Tops started a two week run at number one on the US singles chart with “Reach Out And I’ll Be There.” The spot was previously held by “Cherish” from The Association.

1967, Cream played at the Grande Ballroom in Detroit, Michigan.

1967, The Who tape an appearance on the BBC1 TV show Twice A Fortnight miming to “I Can See For Miles” and “Mary Anne With The Shaky Hands.” The director chooses to shoot the band using constant, rapid zooming shots. This motion-sickness inducing performance airs on the 21st, and is shown in the US on American Bandstand on December 30th.

1968, Vanilla Fudge played at the MECCA in Milwaukee, Wisconsin.

1969, The Who appeared at the Capitol Theatre, Ottawa, Ontario.

1972, Lieutenant Pigeon were atop the UK singles chart with “Mouldy Old Dough.” Keyboard player Rob Woodward had his mom play piano on the single, making them the only mother and son act to score a UK number one. The song was recorded in the front room of their semi-detached house.

1973, Keith Richards was found guilty of trafficking cannabis by a Court in Nice, France. The Rolling Stone was given a one-year suspended sentence and a 5,000 franc fine. He was also banned from entering France for two years.

1974, David Bowie plays the first of a six night engagement at the Michigan Palace in Detroit, as part of the Philly Dogs Tour. Carlos Alomar, David Sanborn, and Luther Vandross were all part of Bowie’s musical entourage.

1977, Debby Boone started a 10 week run at number one on the singles chart with “You Light Up My Life,” the longest stay at the top since Guy Mitchell’s “Singing The Blues.”

1979, Abba played their first concert in North America when they appeared in Vancouver, Canada.

1981, The Grateful Dead played at the Melkweg in Amsterdam.

1983, Genesis went to number one on the album chart with their self-titled album Genesis.

1988, Bon Jovi started a four-week run at number one on the album chart with New Jersey.

1988, UB40 went to number one on the singles chart with their version of the Neil Diamond song “Red Red Wine.”

1995, Paul and Linda McCartney were the guest voices on Fox-TV’s The Simpsons in an episode called “Lisa the Vegetarian.” McCartney’s stipulation for appearing was that Lisa’s decision to become a vegetarian would be a permanent character change, to which producer David Mirkin agreed.

2000, Radiohead went to number one on the US album chart with Kid A, the group’s fourth album. It became the first Radiohead release to debut at the top position in the US.

2000, U2 went to number one on the UK singles chart with “Beautiful Day,” the group’s fourth UK top single and taken from their album All That You Can’t Leave Behind.

2008, Jon Bon Jovi became the latest musician to disapprove of the use of his songs in John McCain’s US presidential campaign. The Bon Jovi song, “Who Says You Can’t Go Home,” was used during rallies held by Republican vice presidential candidate Sarah Palin. Foo Fighters, Heart and Jackson Browne had all asked Mr McCain to stop using their tracks in his presidential bid. Bon Jovi, a Democrat supporter, threw a $30,000 (£17,000) per person, fund-raising dinner for Democratic candidate Barack Obama at his New Jersey home in September. 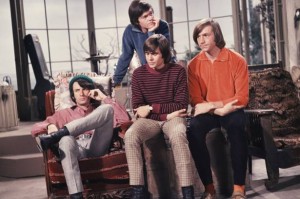 1967, Monkees fans walked from London’s Marble Arch to the US Embassy in Grosvenor Square to protest Davy Jones’ planned call-up to the army. Jones was exempted because he was deemed responsible for supporting his father.

1969, Led Zeppelin appeared at the Roundhouse in Dagenham in East London.

1971, Rolling Stones Leave England and become tax-exiles. In an interview with Mick Jagger and Roy Carter of the NME shortly before the release of Exile on Main Street, Mick said, “So after working for eight years I discovered at the end that nobody had ever paid my taxes and I owed a fortune. So then you have to leave the country. So I said fuck it, and left the country.”

1971, Keith Moon performs again as part of an All-Star Jam Session at the Bumpers Club in London.

1971, The Grateful Dead performed at the Manhattan Center in New York City.

1972, Elvis Presley kicked of a 15-date US tour at the Memorial Auditorium in Buffalo, New York.

1975, Minnie Riperton went to number one on the singles chart with the Stevie Wonder produced song “Loving You.” It was the singer’s only chart hit. Riperton died of cancer in July 1979.

1977, David Bowie plays keyboards and sings backing vocals on Iggy Pop’s US tour. This night’s stop is at the Paramount Theater in Seattle, Washington.

1978, Duran Duran made their live debut at The Lecture Theatre, Birmingham Polytechnic.

1980, The Grateful Dead were the musical guests on Saturday Night Live. They performed “Alabama Getaway” and “Saint of Circumstance.”

1980, Genesis scored their first number one album when Duke went to the top of the charts.

1980, R.E.M. played their first ever gig when they appeared at St Mary’s Episcopal Church, Athens, Georgia.

1981, Canned Heat singer Bob “The Bear” Hite died of a heart attack aged 36. He played at both the 1967 Monterrey Pop Festival and the 1969 Woodstock Festival.

1983, Danny Rapp, leader of 50’s group Danny and the Juniors committed suicide in a hotel in Arizona by shooting himself.

1985, At 3:50pm GMT, over 5,000 radio stations worldwide aired the charity single by USA for Africa ‘We Are The World’. The single went on to be a number one hit in the US and the UK, and most Western territories.

1994, Kurt Cobain committed suicide by shooting himself in the head at his home in Seattle. Cobain’s body wasn’t discovered until April 8, by an electrician who had arrived to install a security system, who initially believed that Cobain was asleep, until he saw the shotgun pointing at his chin. A suicide note was found that said, “I haven’t felt the excitement of listening to as well as creating music, along with really writing . . . for too many years now.” A high concentration of heroin and traces of Valium were found in Cobain’s body. His death was officially ruled as suicide by a self-inflicted shotgun wound to the head.

1997, The Chemical Brothers went to number one on the UK singles chart with “Block Rockin Beats.” The song was taken from their second album Dig Your Own Hole, and won a Grammy award for Best Rock Instrumental Performance.

1998, British drummer Cozy Powell (Colin Flooks) was killed when his car smashed into crash barriers on the M4 motorway near Bristol, England. Powell had worked with the Jeff Beck Group, Whitesnake, Black Sabbath, Rainbow, Brian May, Peter Green, and the ELP spin-off Emerson, Lake, and Powell.

2003, Paul McCartney kicked off the UK leg of his Back In The World Tour at Hallam FM Arena in Sheffield, England, a year after it began in America. The set included 22 Beatles songs.

2006, Gene Pitney was found dead aged 65 in his bed in a Cardiff hotel. The American singer was on a UK tour and had shown no signs of illness. Pitney helped the Rolling Stones break the American market with his endorsement of the band. Jagger and Richards wrote his hit “That Girl Belongs to Yesterday,” which became the Stones duo’s first composition to reach the American charts. He scored the 1962 US No.4 single “Only Love Can Break A Heart.” and 1967 solo UK No.5 & 1989 UK No.1 single with Marc Almond “Something’s Gotten Hold Of My Heart,” plus over 15 other US & UK Top 40 hits.

2007, Former KISS guitarist Mark St. John died from an apparent brain hemorrhage at the age of 51. St. John was KISS’ third official guitarist, having replaced Vinnie Vincent in 1984. He appeared on the album Animalize.

2011, A statue in tribute to Nirvana singer Kurt Cobain was unveiled in his hometown of Aberdeen, Washington, The unveiling marked the 17th anniversary of Cobain’s death. The statue designed by local artists Kim and Lora Malakoff was of his signature Fender Jag-Stang guitar. The concrete guitar was eight and a half feet tall and also featured a ribbon with lyrics written on it from Nirvana’s “On a Plain.” It reads: “One more special message to go and then I’m done and I can go home.”

1968, The Beatles went to number one on the album chart with the White Album, the group’s 12th US chart topping album.

1968, Vanilla Fudge appeared at the Pacific Coliseum, Vancouver, Canada supported by Led Zeppelin on their first US tour.

1968,  The Rolling Stones enter the UK charts at number three with Beggars Banquet.

1970, Genesis performed at the Lyceum Ballroom in London.

1971,  Sha Na Na performed at Carnegie Hall. The MC for the event is the Who’s Keith Moon, one of their biggest fans.

1971, George Harrison was at number on the US singles chart with “My Sweet Lord,” making him the first Beatle to score a number one US hit. The song was originally intended for Billy Preston.

1973, Queen performed at the Top Rank Club in Liverpool, England.

1974, Helen Reddy went to number one on the US singles chart with “Angie Baby,” the singer’s third US chart topper. The song was turned down by Cher.

1976, Freddie King, bluesman, guitarist died of complications from stomach ulcers and acute pancreatitis in Dallas, Texas, aged 42. He is best known for the 1961 single “Have You Ever Loved A Woman,” covered by Eric Clapton with Derek and the Dominos. 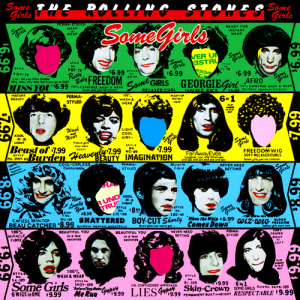 1978, Rolling Stone magazine voted Some Girls by The Rolling Stones their “Album of the Year.” The cover designed by Peter Corriston, featured The Rolling Stones in garish drag alongside select female celebrities and lingerie ads. The cover immediately ran into trouble when Lucille Ball, Farrah Fawcett, Liza Minnelli, representing her mother Judy Garland, Raquel Welch, and the estate of Marilyn Monroe, who all threatened legal action.

1979, The Who appeared at the Hammersmith Odeon in London.

1983, Having made two successful dives below a friend’s yacht to find items he’d drunkenly thrown off his own boat three years before, Beach Boy Dennis Wilson took one last dive into the Pacific and never returned from the boat moored in Marina Del Rey, California. With the help of President Ronald Reagan he was given a burial at sea, normally reserved for Naval personnel. Dennis was the only genuine surfer in The Beach Boys.

1988, The Grateful Dead performed at the Oakland-Alameda County Coliseum in Oakland, California.

2003, 50 Cent’s debut album, Get Rich Or Die Tryin’ was named the biggest selling album in the US in 2003 with the album going platinum six times over. Outkast came second with Speakerboxxx’ / ‘The Love Below and Linkin Park’s Meteora was the third biggest seller. The Top 10 albums of 2003 in the USA accounted for around 30 million sales.

2020 and 2019: Thanks to everyone who continues to support us. The current licensing to legally play all the music you hear on Acid Flashback costs almost $2000 a year. Please help us defray this and other costs with a donation of any amount. … END_OF_DOCUMENT_TOKEN_TO_BE_REPLACED