You are here: Home / Archives for John Poulter 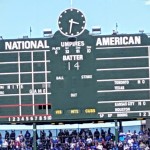 The NL Central race is just that. A race. If we had projected the season’s final outcome when Spring Training ended, most of us would have said that the Cubs would win the Division in a breeze, that the Cardinals had an outside shot at a post season berth and the Brewers would just be another team on everyone’s schedule. The Brewers surprised us right from the outset. They … END_OF_DOCUMENT_TOKEN_TO_BE_REPLACED

The announcement last week that Mariners star second baseman Robinson Cano had been suspended for 80 games as a result of a positive test for a substance banned by MLB caught many by surprise. Several years ago we got used to this type of headline and we thought nothing of it. We just understood it to be part of the “cleansing process” being undertaken by MLB as it sought to … END_OF_DOCUMENT_TOKEN_TO_BE_REPLACED 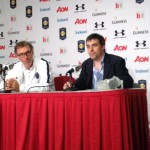 A hot, humid summer evening at Toronto’s newly expanded BMO Field was the site of the only game on Canadian soil in this year’s International Champions Cup, presented by Guiness. This year’s event, the third such annual event is a little more world-wide than the 2014 event, as it includes games in the USA, Australia, China and England as well as the game in Toronto. In 2015 … END_OF_DOCUMENT_TOKEN_TO_BE_REPLACED

July 24 saw the start of the 2014 Guinness International Champions Cup, a soccer tournament played in Canada and the United States between eight top class European club teams. The eight teams are divided into two groups of four teams, with the teams playing a round robin within their groups and the two group winners playing off in a championship game at Sun Life Stadium in … END_OF_DOCUMENT_TOKEN_TO_BE_REPLACED