You are here: Home / Archives for Music / Worl Music 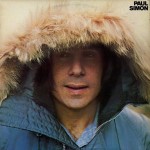 Song Of the Day by Eric Berman – “Peace Like A River” by Paul Simon Can you imagine signing up for a college course in songwriting, and showing up on the first day of class to find that your professor is none other than Paul Simon. Such was the reality for some lucky NYU students in 1971 including Maggie and Terre Roche of The Roches and Melissa Manchester. Teaching was … END_OF_DOCUMENT_TOKEN_TO_BE_REPLACED 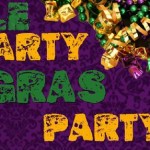 It's time to observe the biggest New Orleans style party and conclude year number seven with adventure # 317 of The 3D RadioActivity, as we celebrate Uncle Marty Gras, so we hope you are ready for some good Crescent City cajun zydeco have your dancing shoes on! Laissez les bons temps rouler! Listen in ->[jwplayer mediaid="21028"] Download it right … END_OF_DOCUMENT_TOKEN_TO_BE_REPLACED