You are here: Home / Archives for Eric Berman 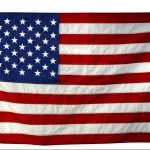 Records don't come any smoother than this one! Frank Sinatra once said that Lou Rawls had "the classiest singing and silkiest chops in the singing game" and you can certainly hear why in the grooves of this late 1970s Philly Soul million selling hit. Rawls' career began in the 1950s singing Gospel in groups that also included his friend Sam Cooke. He sang background vocals on … END_OF_DOCUMENT_TOKEN_TO_BE_REPLACED

Kevin Barnes and his collective known as Of Montreal released their eleventh album called "Paralytic Stalks".  Once again, the group has created a collection of songs that are both ethereal, proggy and funky at the same time. While most of their records celebrate life as a hedonistic party that never ends, this one grounds us with a collection of songs full of remorse and … END_OF_DOCUMENT_TOKEN_TO_BE_REPLACED

Some songs are forever changed by the movies that they appear in. For instance, one can't help but feel the pain and helplessness of the police torture scene in the film "Reservoir Dogs" when listening to the Stealers Wheel hit "Stuck In The Middle With You." Roy Orbison's rather innocuous "In Dreams" also took on a more sinister tone when it was used by David Lynch in the film … END_OF_DOCUMENT_TOKEN_TO_BE_REPLACED

By the time this song had hit the charts in 1972, The Hollies were already on their second career having survived the setback of having two key members leaving the group. Throughout the sixties, they released indelible singles like "Bus Stop," "Stop Stop Stop," "Look Through Any Window," "Carrie Anne" and "Jennifer Eccles" before original member Graham Nash left to join David … END_OF_DOCUMENT_TOKEN_TO_BE_REPLACED