You are here: Home / Music / Alternative / Song Of The Day by Eric Berman – “Two Princes” by Spin Doctors 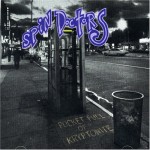 Whatever happened to The Spin Doctors? They seemingly came out of nowhere in the 1990s to dominate the charts, only to fade away just as fast. The band formed in New York around vocalist Chris Barron and guitarist Eric Schenkman. An earlier version of the band also featured John Popper who went on to form Blues Traveler. It was a perfect storm of the commercial prominence of Jam Bands like Phish and Blues Travelers, coupled with the beginning of the phenomena of touring festivals like H.O.R.D.E. (in which they appeared with the aforementioned bands), add a prime spot on Saturday Night Live and heavy rotation on MTV that led to the band’s multi-platinum super stardom. After a short time at the top, things began to fall apart. Multiple changes in the guitar seat in the lineup, subsequent record sales that didn’t add up to the previous ones and, crucially, a rare form of vocal paralysis on the part of Chris Barron left the band inactive for close to 8 years. They sporadically got together to play as a band for special occasions like the closing of their beloved launching place, Wetlands in New York City. Barron has since regained his voice and released two albums several years ago. Such is the saga of Spin Doctors.