You are here: Home / Archives for college basketball 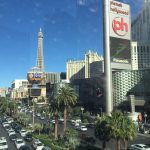 Normally, what happens in Vegas stays in Vegas, or so says the clever marketing campaign.  Unless that happens to be one of the best non-conference college basketball games that didn't take place in a March tournament setting. I had waffled on attending this game, but finally decided to cover it and secured a credential, flight, and hotel for the weekend. A friend and UNC … END_OF_DOCUMENT_TOKEN_TO_BE_REPLACED 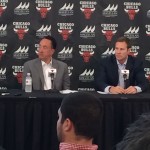 When you look at numbers alone, the Hoiberg hire makes tons of sense. Though the Bulls had assembled a much better team come start of the 2014/2015 season with the healthy Derrick Rose, two promising rookies in McDermott and Mirotic, the meteoric ascension of Jimmy Butler into a 1B guard, the addition of the best version of the small, quick, journeyman guard yet … END_OF_DOCUMENT_TOKEN_TO_BE_REPLACED 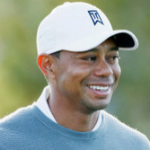 with Packer Dave and Steve Leventhal.... Tiger Woods Quits and Withdraws from the Farmers Insurance Open in San Diego. Rory Spears from Golfers On Golf.com joins us to talk about the impact on Tiger's season, career, golf. Also Paul Banks from The SportsBank.net chimes in on Big Ten college basketball. Lastly, on what is hopefully the last football segment for a while, … END_OF_DOCUMENT_TOKEN_TO_BE_REPLACED