You are here: Home / Archives for Detroit Lions

The Chicago Bears celebrated Thanksgiving with a 23-16 win over the Detroit Lions. It wasn't easy, and it certainly wasn't ideal, but the Bears won their fifth straight game for the first time since 2012 and went three-for-three in their stretch of divisional games. Tough circumstances The unfortunate timing of playing an early Thanksgiving game 80 hours after a Sunday … END_OF_DOCUMENT_TOKEN_TO_BE_REPLACED

The 2018 Chicago Bears earned an enormous divisional win on Sunday night, defeating the Rams 25-20. Now, they look toward this Thanksgiving for a meeting with the Detroit Lions. The Willis Tower was illuminated with blue and orange lights after the Bears added a crucial win against the presumptive NFC North favorites, a sign of the excitement this city has for its beloved … END_OF_DOCUMENT_TOKEN_TO_BE_REPLACED 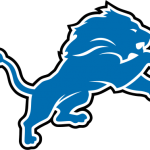 The first place Chicago Bears will take on the Detroit Lions in a match-up between first-time head coaches Matt Nagy and Matt Patricia. The Bears and Lions are entering big points in the season, and they will face each other again in two weeks. For now, however, the Bears have a job to do, and that's to get a win to kick off their three-game slate of divisional foes. A … END_OF_DOCUMENT_TOKEN_TO_BE_REPLACED

on The Sports Report with Packer Dave Our special guest Cheryl Raye-Stout of NPR's WBEZ in Chicago talks Bears football. John Poulter joins us with a wrap up of the exciting 2017 World Series, his NHL update, and a look at Sunday's EPL matchups with Chelsea - Manchester United and Manchester City hosting Arsenal.  Steve Leventhal, Jeff Rich, and Dave discuss the Bears, the key … END_OF_DOCUMENT_TOKEN_TO_BE_REPLACED

on the Weekend Sports Report with Packer Dave and Steve Leventhal ...Jim Rose, sports anchor at ABC 7 in Chicago gives us his take on the Bears injury-plagued 2016 season, and his predictions for 2017.  Ryan Pace and John Fox gave an end of the season press conference, and we discuss their comments. Jeff Rich of SportsBylineUSA.com joins in for a 2017 NFL playoff preview. … END_OF_DOCUMENT_TOKEN_TO_BE_REPLACED