You are here: Home / Archives for Jerry garcia 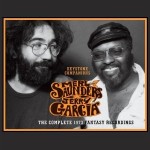 Last week I posted a deservedly less than positive Song Of The Day critiquing the music from the Dead’s 18-CD “Spring 1990” box set…and I heard plenty about my comments from lots of my Deadhead friends. So, I thought I’d make it up to them with some pre-Jerry Garcia Band, JGB from the Keystone in San Francisco. Back in 1973, Jerry Garcia and Merle Saunders could be found multiple nights at the club playing low-key gigs. It was an opportunity for Garcia to stretch out musically, playing mostly covers with musicians other than The Grateful Dead. On nights when he wasn’t on the road with The Dead or playing at The Keystone with Merle, he would also show up at the club with his other band, the equally great Bluegrass unit, “Old And In The Way.” Here we have the boys stretching out on a high-energy Lightning Hopkins original, from the newly released 4-CD box set called “Keystone Companions” featuring the complete 1973 Keystone recordings. If you want to hear a fully-engaged Jerry Garcia, look no further than these recordings! 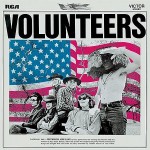 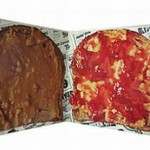 The backdrop of my childhood played out with images of the Vietnam war and the unrest that culminated in the protests at the 1968 Democratic Convention coming over the television screen. While I wasn’t privy to what it all meant, I did know that the world around me was changing and that my older sister and her peers were making it happen. And I also knew that I very badly wanted to be a part of it all.

I was eight years old in 1969 visiting my grandmother’s house when up the drive came the coolest MG convertible (if memory serves me right) I’d ever seen in my life. The car stopped right in front of granny’s house and out popped my groovy long-haired cousin Paul in full-on hippie regalia. (RIP Paul) Nothing was cooler than Cousin Paul at that moment, and then I spotted the record that he had laying on the front seat of the car.

Next up was today’s Song of the Day. At the time, I didn’t know that it was a traditional song with biblical overtones, but I sure did like it. “Good Shepherd” is Jorma Kaukonen’s masterpiece on this record with some of his sweetest guitar fills.

Side two began with the buoyant “Turn My Life Down,” another Jorma tune featuring Marty Balin’s pure soulful voice. Then came the David Crosby/Paul Kantner masterpiece “Wooden Ships.” I already knew this song from my older sister’s copy of the Crosby, Stills & Nash album which was played around the house all the time. The Airplane version seemed so epic in comparison, especially during the fade when the band invited the listener to “Go ride the music.” I wasn’t sure at the time how to “ride the music,” but I did know that the band was taking my ears on a life-changing, mind-opening journey. 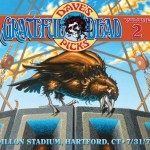 While most Deadheads would agree that 1972 was a key year for the band due to the amount of then-new material added to the mix now considered standards, as evidenced on last year’s essential “Complete Europe ’72” mammoth box set release. I too agree, but I really love the 1973-74 shows and the tracks from “Wake Of The Flood” and “From The Mars Hotel” that were entered into the band’s canon which brings us to this great Jerry track originally from “Wake.” Even though this is a 1978 version of the song, the reason I chose it is that I received my “Dave’s Picks Volume 2” subscription CD in the mail today featuring a show from Dillon Stadium in Hartford, CT from July of 1974. Its arrival coincided with a 3-hour ride each way downstate to the University Of Illinois to see my daughter perform at Superstate with her High School Band. Timing is everything, so I took the opportunity to spin the show which has an interesting set list with nice early versions of the “Mars Hotel” songs played at much quicker tempos that the band ultimately settled upon and many then-current “Wake” tracks. The release is somewhat patchy which is of some concern because the folks at Rhino keep going to the well for releases and I’m beginning to wonder if they’ve begun to hit bottom for some of the key tour years for the Dead. Nevertheless, what was good on the set was great as long as you can put up with the numerous lyrical flubs and mistakes the band made on this show. I guess that’s part of the charm of these releases anyway…

editor’s note:  This info comes to us from the publicist for the PPV providers.

Fans Can Get Psyched With a Wealth of Free On Demand Interviews and Behind-the-Scenes Content, Now Playing on Cable Systems Nationwide

Each Night’s Concert Performance Will Be Unique and Feature Different Surprise Guest Stars; All Shows Will Replay on VOD and PPV

New York – After 50 years of thrilling fans in concerts and recordings, the Grateful Dead is going out in style with a three-night Pay-Per-View (PPV) spectacular, Grateful Dead: Fare Thee Well, on July 3, 4 and 5, 2015, live from Soldier Field in Chicago. Each day’s show begins with a countdown at 7PM ET, followed by the live event from 8PM-1AM ET. To celebrate the upcoming special event, cable providers around the country are now offering a great selection of Free On Demand (FOD) content for viewers.  Plus, for fans who won’t be able to catch the live telecasts, concert replays will be available on Video On Demand (VOD) on cable starting the day after each concert.  Viewers will also find replays on linear PPV channels*. Both remain available until Aug. 3.

Free On Demand Grateful Dead special content. (See below for locations of the free content as well as the VOD replays**).

Grateful Dead: Interview With Bob Weir – Legendary Bob Weir talks about his experiences during the 50 year history of the band.

**FREE ON DEMAND ON CABLE AND VOD REPLAY CONTENT LOCATIONS:

Locations differ by system but viewers can check their VOD channels and menus. Here are the channels and category titles for just a few of the top providers:

*** Suggested Retail Price. Pricing may differ by provider.  HD not available on all systems.

2020 and 2019: Thanks to everyone who continues to support us. The current licensing to legally play all the music you hear on Acid Flashback costs almost $2000 a year. Please help us defray this and other costs with a donation of any amount. … END_OF_DOCUMENT_TOKEN_TO_BE_REPLACED