You are here: Home / Archives for Johnny Winter

1965, The Who play the Cheltenham Festival in Gloucestersire, England, along with The Yardbirds, Shades of Blue and The Hellions. It is one of the oldest music festivals in Britain, held annually in Cheltenham in June/July since 1945. 1966, Jack Bruce, Ginger Baker and Eric Clapton formed the group Cream. The band is widely regarded as being the world's first successful … END_OF_DOCUMENT_TOKEN_TO_BE_REPLACED 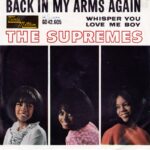 1964, The Beatles arrived in Adelaide, Australia and were greeted by an estimated 250,000 fans, who lined the ten mile route from the airport to the city center. The group gave their first four shows in Australia at the Centennial Hall, Adelaide over two nights, playing: I Saw Her Standing There, I Want To Hold Your Hand, All My Loving, She Loves You, Till There Was You, Roll … END_OF_DOCUMENT_TOKEN_TO_BE_REPLACED

1964, The Beatles have an incredible fourteen singles on the American charts. 1965, During a North American tour, The Rolling Stones played at Maple Leaf Gardens in Toronto to over 16,000 fans. 1965, The Who performed at Trade Union Hall in Watford, Hertfordshire, England. 1967, Just days after the completion of Sgt. Pepper's Lonely Hearts Club Band, The Beatles embark … END_OF_DOCUMENT_TOKEN_TO_BE_REPLACED 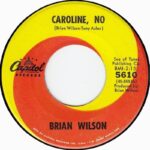 1965, during a Rolling Stones gig at The Palace Theatre in Manchester, England a female fan fell from the circle while the group were playing. The crowd below broke her fall and the girl escaped serious injury just breaking a few teeth. 1966, Mike Millward guitarist from The Fourmost died, aged 23. The Liverpool group who were managed by Brian Epstein had the 1964 UK number … END_OF_DOCUMENT_TOKEN_TO_BE_REPLACED 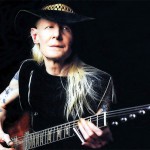 When your heroes die, it’s time to grow up. One of my heroes—a guitar hero—died on Wednesday, joining a long list of people whose talent thrilled me for so many years of my youth. Johnny Winter was 70 years old when he passed away this week. He’d been playing guitar since he was 15, playing very hard and very loud. He was a Texas bluesman who adored Muddy Waters and Howlin’ … END_OF_DOCUMENT_TOKEN_TO_BE_REPLACED