You are here: Home / Archives for Peter Green

1965, Working at Abbey Road studios in London The Beatles completed work on the new Paul McCartney song "Yesterday" with the overdubbing of an additional vocal track by McCartney and a string quartet. They also recorded "Act Naturally" for Ringo's vocal contribution on the Help! album and the song "Wait" in four takes. "Wait" will not be included on ‘Help!’, it was included on … END_OF_DOCUMENT_TOKEN_TO_BE_REPLACED 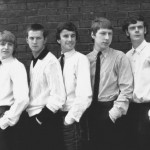 1964, The Yardbirds played at the Rhythm and Blues Festival at The Town Hall, Birmingham, England. 1966, Liverpool's Cavern Club, made famous by the Beatles' residency there, closes and is later turned into a subway station. 1966, The Who appeared at Eltham Bath in London. 1968, Frankie Lymon was found dead at his mother's house in New York of a suspected drug … END_OF_DOCUMENT_TOKEN_TO_BE_REPLACED

On this episode of The Award Winning 3D RadioActivity we are continuing our recent musical theme.  We have heard songs about games, tunes about The Olympic events and other sports were the focus last time, and now we have started with Win or Lose for the fortunate and for those who aren't as lucky.   It's tough to lose, however they do say that it only makes you stronger. … END_OF_DOCUMENT_TOKEN_TO_BE_REPLACED