You are here: Home / Archives for Richard Thompson 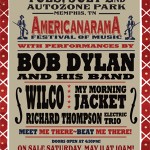 Editor's note: This story originally appeared in July 2013 We live in the day and age of festivals. For music fans, festivals offer bang for the buck providing the opportunity to see numerous bands that you might not ever get to see otherwise at one time and in one place. For musicians, they open up the possibility of gaining a wider audience, particularly with festivals … END_OF_DOCUMENT_TOKEN_TO_BE_REPLACED

As technology has diversified, posted letters have become less important as a routine form of communication; they however still remain but in a modified forms like email.  The development of the telegraph around 1792 shortened the time taken to send a letter by transferring the letter as an electrical signal between distant points, which is sort of what we are doing this time … END_OF_DOCUMENT_TOKEN_TO_BE_REPLACED