You are here: Home / Archives for Ronnie WOod 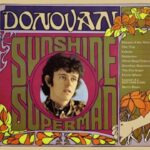 1966, Donovan went to number one on the US singles chart with "Sunshine Superman," a number two hit in the UK. The track featured then Yardbird and future Led Zeppelin guitarist Jimmy Page. 1967, During a 10-date tour of Sweden, The Jimi Hendrix Experience appeared at the Liseburg in Gothenburg, Sweden. 1968, After a two week absence, Ringo Starr rejoined The Beatles. … END_OF_DOCUMENT_TOKEN_TO_BE_REPLACED

Today’s Song Of The Day comes from the Rolling Stones’ 1976 album Black And Blue. Next to Goats Head Soup, the album stands as one of the most maligned Rolling Stones releases of the 1970s. That assessment is totally unfair since the album actually is one of the most varied and forward looking records in their catalog, featuring two superb ballads, two terse rockers and several … END_OF_DOCUMENT_TOKEN_TO_BE_REPLACED