You are here: Home / Archives for Strawberry Alarm Clock 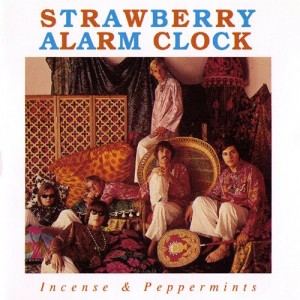 1967, Strawberry Alarm Clock were at number one on the singles chart with “Incense And Peppermints.”

1967,  The Beach Boys release the Smiley Smile, the follow-up to Pet Sounds. This avant-garde album  fails was not warmly received by critics, and failed to chart, despite boasting the singles “Heroes and Villains” and “Good Vibrations.” It has subsequently achieved much more respect over time.

1968, Mike Bloomfield and Nick Gravenites are approached by Albert Grossman to help the newly solo Janis Joplin put together her own band.

1968, The Monkees film Head opened in six cities. Reviews were harsh and the picture was a box office disaster.

1970, Pink Floyd made their first ever appearance in Cincinnati, Ohio, when they played at Taft Auditorium.

1970, Derek and the Dominoes performed at the Civic Auditorium, Santa Monica, California.

1971, Isaac Hayes started a two week run at number one on the singles chart with “Theme From Shaft” Hayes won a Grammy award for Best Original Film Score.

1971, Led Zeppelin play the first of two “Electric Magic” shows at London’s Wembley Empire Pool. The shows incorporate trapeze artists, performing pigs, and vaudeville performers with Bronco, Stone the Crows, and the headliners. Tickets for the shows sold out in four minutes.

1971, The Grateful Dead played at Pauley Pavillion, on the UCLA campus, in Westwood, California.

1971, Meaty Beaty Big and Bouncy, released at the end of October, hits the US charts. The album, considered by many to be the best-ever Who compilation, is released just as The Who cross over the five-year mark during which five percent of The Who’s record royalties had to be paid to their first producer Shel Talmy as a result of his 1966 lawsuit. Many of the singles, so familiar to The Who’s British and European fans, are heard first here by most U.S. Who fans. The album peaks at number eleven.

1974, Keith Moon, drummer with The Who, collapsed during a concert after his drink was spiked with horse tranquilizer. 19 year-old Scott Halpin who was in the audience, volunteered to replace him on drums for the remaining three numbers.

1975, Les McKeown of The Bay City Rollers was found not guilty of causing the death of a 76 year old woman that he had hit with his car the previous May. Witnesses said that Euphemia Clunie was walking across the road and had changed directions four times. McKeown was convicted of driving recklessly and fined £150 ($240) and banned from driving for a year.

1975, The Who kicked off a month-long North American tour at The Summit in Houston. At a party afterwards drummer Keith Moon was arrested for disorderly conduct and spent the night in jail. 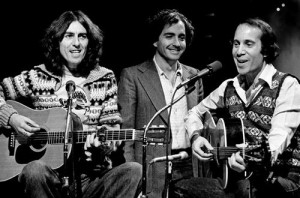 1976, Paul Simon hosted NBC’s Saturday Night Live where he performed live with George Harrison on “Here Comes The Sun” and “Homeward Bound.” Paul McCartney and John Lennon were both in New York City watching the show on TV.

1981, Prince played the first night on his 56-date North American Controversy tour at the Stanley Theater in Pittsburgh, Pennsylvania.

1984, A large crowd of fans watched the unveiling of a Hollywood Walk of Fame Star for Michael Jackson in front of Mann’s Chinese Theatre in Los Angeles. Jackson became star number 1,793 on the famed walk.

2005, Robbie Williams smashed a Guinness World Record by selling more than 1.6 million tickets for his 2006 World Tour in one day. The tickets, snapped up on the first day of sale, were valued at an estimated £80 ($128) million.

2007, Radiohead frontman Thom Yorke admitted he was among the thousands of people who paid nothing to download the band’s latest album In Rainbows. Speaking to BBC 6 Music’s Steve Lamacq, Yorke said, “There wasn’t any point. I just move some money from one pocket to the other.” According to one survey, three in five people paid nothing at all for it. Yorke added that no one was allowed to have copies of the master recording in case it was leaked beforehand. 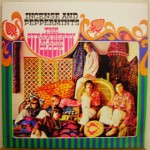 Sixties rock came in all different flavors: The Chocolate Watchband, Vanilla Fudge and, of course, The Strawberry Alarm Clock. There was so much more to Strawberry Alarm Clock than their signature hit, “Incense And Peppermints.” The band appeared on many TV shows back in the 1960s including “American Bandstand,” “Rowan & Martin’s Laugh-In” and drummer, Randy Seol, was one of the eligible bachelors on “The Dating Game” where he was chosen for the date. This eight minute epic was on their debut album and the band performed it in the 1968 Jack Nicholson movie “Psych-Out.” The band also appeared in the 1970 film “Beyond The Valley Of The Dolls” performing their hits. Another interesting film fact is that band member, Steve Bartek, would later go on to join Oingo Boingo and contribute to several Danny Elfman film scores. In 2010, the band reunited and recorded tracks for Billy Corgan of Smashing Pumpkins.

2020 and 2019: Thanks to everyone who continues to support us. The current licensing to legally play all the music you hear on Acid Flashback costs almost $2000 a year. Please help us defray this and other costs with a donation of any amount. … END_OF_DOCUMENT_TOKEN_TO_BE_REPLACED