You are here: Home / Archives for Warren Zevon 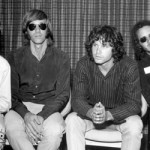 1968, The Doors played the first of two nights at The Roundhouse, London, playing twice nightly on their first UK visit. Granada TV filmed the sold out gigs, later shown as "The Doors Are Open," which were attended by members of The Rolling Stones and Traffic. 1968, The Beach Boys played at at Patio Gardens in Farmington, Utah. 1968, Pink Floyd performed at Le Blboquet, … END_OF_DOCUMENT_TOKEN_TO_BE_REPLACED

Not only is today’s Song Of The Day perhaps one of the greatest movie themes of all time, it is also from one of the greatest films of the 1960s. The 1969 film Midnight Cowboy was based on the 1965 novel of the same name by James Leo Herlihy. The movie starred Dustin Hoffman and Jon Voight (in his film debut) and was directed by John Schelsiinger. It won three Academy Awards … END_OF_DOCUMENT_TOKEN_TO_BE_REPLACED