“Bond, James Bond.”
I was in love with the 007 movies the first time I saw Sean Connery on screen and I’ve looked forward to all 23 of them ever since. The latest installment in the 50 year history is titled,  “Skyfall.” Many critics are calling this the best Bond movie ever. Those critics are wrong. Not to say that “Skyfall” isn’t both good and enjoyable but for my money it’s not in the class of “Goldfinger” and “Thunderball” but it’s definitely better then the last one, “Quantum of Solace.”

This is the 3rd Bond flick that Daniel Craig has appeared in and though some fans haven’t latched on to him, I think he’s rather convincing and growing further into the role. Maybe it’s the blond hair that throws some of the fans off but he is definitely debonair and has the rugged looks that Bond requires.

“Skyfall” is a different sort of Bond movie in that the use of gadgets that 007 is noted for are at an absolute minimum. It’s also different in that the villain in this flick is not trying to take over the world. In fact he’s not trying to take over anything. Rather he is out for revenge against Bond’s boss, “M” played by Judi Dench. Javier Bardem is a wonderful actor and he plays the villain known as Silva but he just didn’t do it for me. Now if he would have played a variation of his character (Anton Chigurh) in “No Country For Old Men” then we really would have had a bad guy to get excited about. 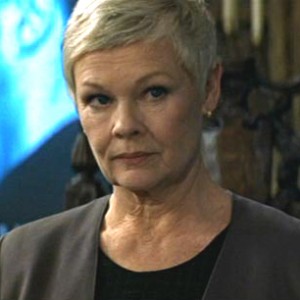 “Skyfall” is a long movie checking in at almost two and a half hours and it deals with a lot of psychological and sentimental aspects of both 007 and his boss. There is  of course a lot of jet setting around the world and some hot babes (thank heaven for that) but the movie (directed by Sam Mendes) at times feels more like “Black Swan”  then it did a Bond film.

Bond is considered too old by some of his superiors and “M” is told to hang it up herself. That’s really the basis of this movie but thankfully Craig gets a second and third wind as the film unrolls.

Again, I’m not saying this is a bad movie at all. There are plenty of chase scenes, plenty of bullets flying and plenty of shapely women but still there was something lacking for the deep rooted Bond fan of which I am.

The ending which I will not give away however gave me hope that Bond #24 will return to it’s roots when it comes out in another two years. Until then you might want to go back and see some of the Connery flicks (forever classics). “Skyfall” gets a rating of a triple- three stars on my movie report card….Good but not great.