You are here: Home / Archives for Country Rock 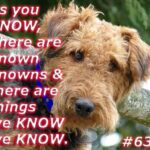 I'm your Uncle Marty with my ever vigilant furry sidekick Daytona as we take an in depth look at familiar music that you likely will recognize as songs you KNOW because this is what we are doing for the 639th time with a little bit of love added on The 3D RadioActivity.  Since we got to KNOW these selections, next time we'll pleasure you with ones we DON'T KNOW! Got … END_OF_DOCUMENT_TOKEN_TO_BE_REPLACED 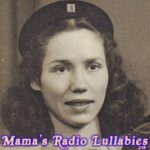 This is The 3D RadioActivity number 638, I'm your Uncle Marty, as my On The Airedale wingman Daytona and I gather together with you again, to celebrate Mothers Day with a variety of favorite musical LULLABIES that she might have sang or hummed to you, to either soothe concerns or pick your outlook up. With 14 cuts squeezed in, I'm sorry to say we missed great LULLABIES … END_OF_DOCUMENT_TOKEN_TO_BE_REPLACED 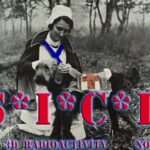 DaytonAiredale is here with your Uncle Marty on episode 637 of The 3D RadioActivity. The adjective SICK can mean worried or affected by illness, while the noun or verb forms refer to the physical results like getting sick the floor or cleaning it up. The slang meaning is quite the opposite, and is used for something that's “outstandingly or amazingly good or impressive.” Our … END_OF_DOCUMENT_TOKEN_TO_BE_REPLACED 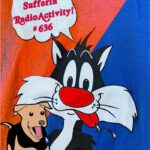 I'm your Uncle Marty, this is the 636th gathering of The 3D RadioActivity, as my On The Airedale wingman Daytona and I have searched the vaults to feature cuts to make your SUFFERING a lot more palatable. Just shy of a dozen tracks with an average time of five minutes each makes for some good SUFFERING for us this time. In slang, an adjective describing something that is … END_OF_DOCUMENT_TOKEN_TO_BE_REPLACED 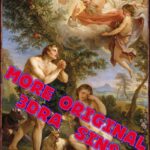 I'm everyone's Uncle Marty with Daytona Airedale. Every cut we play has not been heard on our program before, part of our no-repeat effort to give you music we haven't spotlighted earlier, so that makes it as fresh as an apple from the Garden of Eden here as we look at ORIGINAL SINS on our 634th adventure of  The 3D RadioActivity! We've covered a lot of SINFUL … END_OF_DOCUMENT_TOKEN_TO_BE_REPLACED