You are here: Home / Archives for Featured Favorites 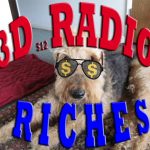 I'm your Uncle Marty, on our 512th edition of The Award Winning 3D RadioActivity, as we are digging a variety of gold nuggets this time with you, although be careful what RICHes you ask for if that is your wish. We've had bountiful RICHes on our feature, we're going to flip the perspective and tune in something for the less fortunate as next time we'll … END_OF_DOCUMENT_TOKEN_TO_BE_REPLACED 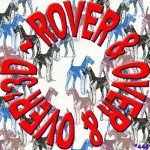 I'm your Uncle Marty, this is The 3D RadioActivity.  Since there are four letters in the word over, and  because this is the third time we have gone over this feature, that sets the stage for our 444th adventure, perchance to ponder as we think it OVER. [jwplayer mediaid="24718"] Download … END_OF_DOCUMENT_TOKEN_TO_BE_REPLACED 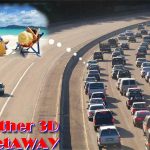 AWAY is how we are rolling this time for you, as when you will check your schedules you will note that we were close before going and gone, so this feature is another natural progression for The 3D RadioActivity's 443rd chapter.  Humor takes a back seat when the laws of inertia and physics are directly applied to proximity which can cause unpredictably evasive actions and … END_OF_DOCUMENT_TOKEN_TO_BE_REPLACED

Say what you want about Bears vs Packers, Yankees-Red Sox, or Michigan and Ohio State. They've got nothing on Duke - North Carolina.  A rivalry truly has meaning when both teams are at the top of their sports.  The Bears have been mediocre at best for the past twenty years, with a single Super Bowl appearance. There is a whole state, Connecticut, separating New York and … END_OF_DOCUMENT_TOKEN_TO_BE_REPLACED

Marty Zivin would have been sixty-one on February 22nd, 2017. A true pioneer of Internet radio, Marty launched The Choice, a Chicago-based rock station way back in 1997, a time when people were just discovering all the Internet had to offer.  Before Facebook, before Twitter, and even before YouTube, Zivin saw the potential this burgeoning media had to offer, and took his … END_OF_DOCUMENT_TOKEN_TO_BE_REPLACED