You are here: Home / Archives for Featured Interview 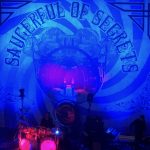 former Pink Floyd drummer brings his Saucerful of Secrets tour to North America "I got tired of waiting after twenty years for David (Gilmour) or Roger (Waters) to ring me up, so put my own band together," explains the seventy-five year-old founding member of Pink Floyd. The ensemble includes long-time Pink Floyd and David Gilmour bass player Guy Pratt, Blockheads guitarist … END_OF_DOCUMENT_TOKEN_TO_BE_REPLACED 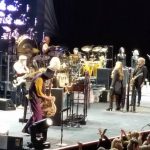 In a continuation of last year's trend of "go see Rock'n'Roll Hall of Famers on their One Last Go-round tour", I took the whole family to Fleetwood Mac. All in all a really good show, probably better than I expected. I had never seen Fleetwood Mac, in spite of being somewhat of a fan, particularly of Christine McVie's work. So the years they toured without Christine I just … END_OF_DOCUMENT_TOKEN_TO_BE_REPLACED 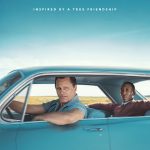 Every year it's a race against time to attempt to watch all the movies nominated for the Best Picture Oscar. 2019 was another terrific year for motion pictures, and I not only watched all eight, I also viewed "The Wife," which earned Glenn Close a well deserved Best Actress nomination. Here is my own personal take on the nominees, and who I think will win this … END_OF_DOCUMENT_TOKEN_TO_BE_REPLACED 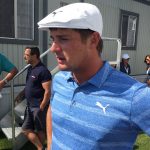 Pro golfer Bryson DeChambeau probably has as much in common with Bill Nye the Science Guy as he does with fellow golfer Bill Hass. He majored in Physics at Southern Methodist University, and thus takes a very scientific approach to the game of golf. The most noticeable way DeChambeau has put his intellect to use, is by cutting all his irons to a uniform length. As he … END_OF_DOCUMENT_TOKEN_TO_BE_REPLACED 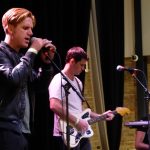 Looking to add some new music to your library? Start with VHS Collection. No, not those dusty old tapes that are just taking up shelf space, but a New York based trio of very talented songwriters and musicians.  Two childhood friends and a high school pal have teamed up to deliver a mashup of synth based, guitar infused, rock music. They parlayed successful NYC club gigs … END_OF_DOCUMENT_TOKEN_TO_BE_REPLACED