You are here: Home / Archives for Music / Big Band / Disco 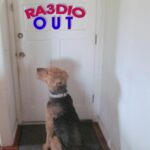 This is the final 2022 edition and chapter 669 of The 3D RadioActivity as Daytona the "On The Airedale" and everybody's Uncle Marty wrap up the year with a bang as that's how we're going OUT. Whew, another year is over, however that means the next one is about to begin soon, so we will take appropriate action to RING it in with appeal. If you have any suggestions for … END_OF_DOCUMENT_TOKEN_TO_BE_REPLACED

1966, Supergroup Cream released their debut studio album Fresh Cream in the UK. The power trio of Eric Clapton, Jack Bruce and Ginger Baker also released their second single "I Feel Free" on the same day. 1967, The Doors appeared at the New Haven Arena, New Haven, Connecticut. Before the show, a policeman found singer Jim Morrison making out with an 18 year-old girl in a … END_OF_DOCUMENT_TOKEN_TO_BE_REPLACED 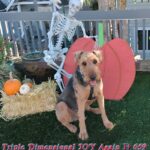 Daytona "The On The Airedale" is here with everybody's Uncle Marty, with The 3D RadioActivity. episode 659, as we bring you a fun filled feature sure to bring a grin to your mouth, and perhaps a bit of pep in your step reveling in delight as once again we Supremely Jump for JOY. There's a Baker's Dozen ways to find Triple Dimensional JOY Again. On our next gathering We … END_OF_DOCUMENT_TOKEN_TO_BE_REPLACED 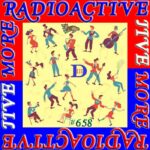 Your Uncle Marty is back with DaytonAiredale on chapter 658 of The 3D RadioActivity. We're going to focus on all sorts of urban slang language, a vernacular of the jazz world, and parlance of hip, along with dance, swing music and people who keep the joint jumping as once again we fall under the general heading of MORE RADIOACTIVE JIVE. The average age of our toe tapping … END_OF_DOCUMENT_TOKEN_TO_BE_REPLACED 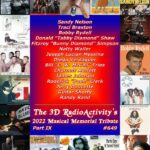 Uncle Marty here with Daytona Airedale and you on The 3D RadioActivity number 649, as we continue the observance of our Musical Memorializing. On these tributes, we pay last respects to the collection of the artists who have left us in the past 12 months by playing the best of their discography. This presentation has continued our focus of "Remembering" some of the … END_OF_DOCUMENT_TOKEN_TO_BE_REPLACED