You are here: Home / Archives for Music / Blues

1966, The Beatles performed two shows at the International Amphitheatre in Chicago, Illinois. This was the first stop on what would turn out to be The Beatles' final US tour. Support acts were the Remains, Bobby Hebb, Cyrkle, and the Ronettes. 1967, The Jimi Hendrix Experience appeared at The Ambassador Theatre, Washington D.C. 1967, The Who played at Convention Hall in … END_OF_DOCUMENT_TOKEN_TO_BE_REPLACED 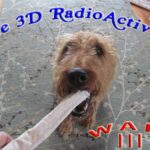 Everybody's Uncle Marty is here on The 3D RadioActivity number Six Fifty One as DaytonAiredale and I revisit a test of patience for the third time, on our Summertime Seconds Series because if you'll Wait For Me, I'll do the same for and with you. A bakers dozen of tracks revolving around the WAIT theme, stretching it with one from John, although I wish we had enough room … END_OF_DOCUMENT_TOKEN_TO_BE_REPLACED

1969, The photo session for the cover of The Beatles Abbey Road album took place on the crossing outside Abbey Road studios. Photographer Iain McMillan, balanced on a step-ladder in the middle of the road took six shots of John, Ringo, Paul, and George walking across the zebra crossing while a policeman held up the traffic. The band then returned to the studio and recorded … END_OF_DOCUMENT_TOKEN_TO_BE_REPLACED

1967, Pink Floyd released their debut album The Piper At the Gates of Dawn in the UK, on which most songs were penned by Syd Barrett.  When reviewed by the two main UK music papers, Record Mirror and NME both gave the album four stars out of five. The album was recorded at Abbey Road studios, London during the same time that The Beatles were recording Sgt Pepper's. It … END_OF_DOCUMENT_TOKEN_TO_BE_REPLACED 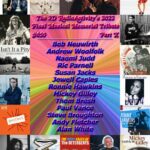 Your Uncle Marty is here once again with DaytonAiredale on The 3D RadioActivity's 650th gathering as we extend our retrospective of artists who gave their all to the music world and have gone on to their final and just rewards, this time with our focus on last April and May. Over these past ten programs, we have paid tribute to 137 artists who have crossed the great … END_OF_DOCUMENT_TOKEN_TO_BE_REPLACED