You are here: Home / Archives for Music / BritPop

1964, The Beach Boys made their TV debut on The Ed Sullivan Show on US TV where they performed "I Get Around" and "Wendy." 1966, The Who's managers Kit Lambert and Chris Stamp  attend a Jimi Hendrix performance at the Scotch of St. James Club. Chandler has heard about their Track Records' startup (Hendrix originally wanted to sign with Decca because The Who were on … END_OF_DOCUMENT_TOKEN_TO_BE_REPLACED

1965, The Who are scheduled to play an 8pm show at the Aarhus Hallen in Aarhus. The audience pelts the opening acts with bottles and trash and turns into a rioting mob by the time The Who take the stage. The band makes it through half of one song before fleeing for their lives, as the audience storms the stage and smashes the instruments. Pete later calls it "the best concert … END_OF_DOCUMENT_TOKEN_TO_BE_REPLACED

1965, The Beatles cartoon series premiered on ABC TV in the US. The first story was titled I Want To Hold Your Hand and had the group exploring the ocean floor in a diving bell where they met a lovesick octopus. 1965, The Who arrive in Denmark to begin their first Danish tour with a 9 pm show at the Folkets Hus in Elsinore, then rush 20 miles to Copenhagen to play the KB … END_OF_DOCUMENT_TOKEN_TO_BE_REPLACED 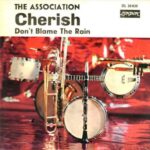 1965, Bob Dylan played the first night on a 36 date North American tour at Austin Municipal Auditorium in Austin, Texas. 1966, Jimi Hendrix arrived in London with manager Chas Chandler on a flight from New York City. With only the clothes he was wearing, Hendrix had sold his other belongings to pay a hotel bill in New York. 1966, The Association started a three week run … END_OF_DOCUMENT_TOKEN_TO_BE_REPLACED 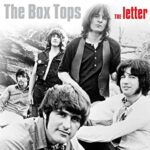 1966, The Rolling Stones 66 12-date UK tour kicked off at the Royal Albert Hall London. Supported by The Yardbirds, Ike and Tina Turner, and Peter Jay and the New Jaywalkers. Both Keith Moon and John Entwistle from The Who were in the audience. 1967,  The Mothers Of Invention appeared at the Royal Albert Hall London making their UK live debut 1967, The Box Tops … END_OF_DOCUMENT_TOKEN_TO_BE_REPLACED