They were the penultimate act at the Woodstock Music & Arts Fair, coming on right before Jimi Hendrix 44 years ago today. Sha Na Na was a 1950s revival group that hailed from Columbia University in New York City. By a stroke of luck, they were booked to perform at the Woodstock Music & Arts Fair in Bethel, New York in August of 1969 by festival producer Michael Lang … END_OF_DOCUMENT_TOKEN_TO_BE_REPLACED 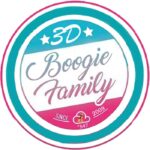 I'm your Uncle Marty, with chapter 547 of The 3D RadioActivity, as on this journey we're going to Boogie in a family way. Not all the kiddos out there are wee ones, Babies can refer to toddlers or a squeeze as the music tells the story. We've done a variety of BOOGIEs with you and there's plenty more to come in our Summer of Boogie as we check out the visual hue options … END_OF_DOCUMENT_TOKEN_TO_BE_REPLACED 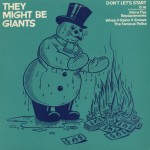 Song Of The Day by Eric Berman – “Don’t Let’s Start” by They Might Be Giants You can’t bottle creativity, but in the case of They Might Be Giants, you certainly can buy it! They were two wild and crazy nerd-boys when they burst onto the scene in the mid-1980s, we just didn’t realize how wild and crazy they really were. The two Johns: Flansburgh and Linnell have always … END_OF_DOCUMENT_TOKEN_TO_BE_REPLACED

1964, The Beatles were atop the UK singles chart with "A Hard Days Night," the group's fifth.  They would be number one on the US Billboard Hot 100 in August. 1964, The Beatles take part in the Night of a Hundred Stars at the London Palladium. 1965, The Kinks perform "You Really Got Me" on the TV show, Where the Action Is. 1965,  The Dave Clark Five played at … END_OF_DOCUMENT_TOKEN_TO_BE_REPLACED