You are here: Home / Archives for Music / Popular 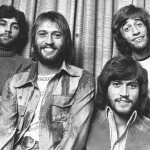 1968, Bee Gee Robin Gibb collapsed, as the group were about to set out on their first US tour. The singer was suffering from nervous exhaustion. 1968, The Steve Miller Band appeared at the Grande Ballroom in Detroit, Michigan. 1968, Cass Elliot released her first solo single following the break up of The Mamas and Papas. "Dream a Little Dream of Me" had been around since … END_OF_DOCUMENT_TOKEN_TO_BE_REPLACED

1968, The Jackson Five signed a one-year contract with Motown Records. 1968, Decca pulls the Rolling Stones' Beggars Banquet from its release schedule, citing problems with the sleeve. The design features a graffiti-covered toilet. It's one of the first disagreements between the band and the label, with Mick Jagger angrily pointing out that Decca released Tom Jones' A-tom-ic … END_OF_DOCUMENT_TOKEN_TO_BE_REPLACED

1964, The Beatles third album A Hard Day's Night started a twenty-one week run at the top of the UK charts. This was the first Beatles album to be recorded entirely on four-track tape, allowing for good stereo mixes. 1965, Bob Dylan plugged in for his headlining set backed by the Butterfield Blues Band at The Newport Folk Festival in Newport, Rhode Island. Folk music purists … END_OF_DOCUMENT_TOKEN_TO_BE_REPLACED

1965, The Byrds were at number one on the UK singles chart with their version of the Bob Dylan song "Mr Tambourine Man." It was the first Bob Dylan song to reach the top of the charts.  Across the Atlantic, "(I Can't Get No) Satisfaction" by The Rolling Stones began the third of it's four week run at number one. 1966, The Who played at Brittania Pier in Great Yarmouth, … END_OF_DOCUMENT_TOKEN_TO_BE_REPLACED

1964, The Beatles were atop the UK singles chart with "A Hard Days Night," the group's fifth.  They would be number one on the US Billboard Hot 100 in August. 1964, The Beatles take part in the Night of a Hundred Stars at the London Palladium. 1965, The Kinks perform "You Really Got Me" on the TV show, Where the Action Is. 1965,  The Dave Clark Five played at … END_OF_DOCUMENT_TOKEN_TO_BE_REPLACED