You are here: Home / Archives for Music / Punk

1966, The Who go on vacation for two weeks. Keith, his wife Kim, John and his girlfriend Allison travel to Torremolinos in Spain. Newborn Mandy Moon is left behind with Keith's parents. Pete travels to Israel. Roger stays in London, spending three days redecorating his apartment and the rest of the time fishing. 1968, During their second ever North American tour, Pink Floyd … END_OF_DOCUMENT_TOKEN_TO_BE_REPLACED

1965, Bob Dylan releases "Like a Rolling Stone." The single becomes his first major hit, reaching number two on the US charts. The song remained on the charts for twelve weeks. It was recorded on June 15th and 16th at Columbia Studio A, on Seventh Avenue in New York. Then session musician Al Kooper improvised the organ riff for which the track is known. 1967, Jerry Lee Lewis … END_OF_DOCUMENT_TOKEN_TO_BE_REPLACED 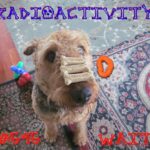 I'm Everybody's Uncle Marty along with wingman DaytonAiredale on The 3D RadioActivity number 595. We're getting into another adventure of our Summertime Second Sounds, checking in on earlier features that still have a lot to play and say. I noted that we will continue the trend of W tunes, I'll let everybody pause and ponder to what we have up our proverbial record … END_OF_DOCUMENT_TOKEN_TO_BE_REPLACED

1964, The Beatles appeared live on the ABC Television program Lucky Stars (Summer Spin,) performing "A Hard Day's Night," "Long Tall Sally," "Things We Said Today," and "You Can't Do That." To avoid the crowd of fans waiting for them, The Beatles arrived at the Teddington Studio Centre by boat, traveling down the River Thames. 1965, The Who performed two shows on this … END_OF_DOCUMENT_TOKEN_TO_BE_REPLACED 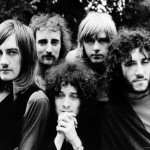 1969, Fleetwood Mac, Pentangle and Duster Bennett all appeared at London's Royal Albert Hall "Pop Proms." 1969, King Crimson played at the Old Granary, Bristol, England. 1969, Pink Floyd performed a one hour show at the President's Ball at the Top Rank Suite, in Cardiff, Wales.  It was presented by Llandaff Technical College. They were paid £100 ($150). 1971, Yes appeared … END_OF_DOCUMENT_TOKEN_TO_BE_REPLACED