You are here: Home / Archives for Music / Surf & Hot Rod

Taking my daughter back to school today provided me with several hours of uninterrupted music listening in the car, part of which was spent with the first volume of “A Capitol Rockabilly Party.” The three-part compilation spanning over 90 tracks was put out in the late 1990s by a CD reissue company in the Netherlands […]

Choosing the perfect Thanksgiving Song Of The Day is not an easy task. In the past, I’ve done the obvious with the all-American standby, “Alice’s Restaurant” by Arlo Guthrie. It’s something I’ve listened to every year on Thanksgiving ever since I was a kid, and I will be spinning it again (on vinyl, of course.) […] 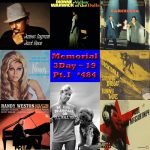 I’m Uncle Marty on The 3D RadioActivity number 484, as we observe part of our musical Memorial Day.  On this program, we pay tribute to the memory of the artists who have recently left us by playing cuts from their catalog.   This presentation has focused on “Remembering” some of the great musicians who have crossed over and are […]

1965, Bob Dylan’s album Bringing It All Back Home was at number one on the UK charts, his second chart topping album. It would be displaced the following day by the soundtrack to The Sound of Music. 1965, The Beach Boys started a two week run at number one on the US singles chart with “Help […]

1966, The Beach Boys released the album ‘Pet Sounds.’ The album is now regarded as the masterpiece of composer-producer Brian Wilson, and is often hailed as one of the best and most influential albums in popular music. 1966, Dylan’s iconic Blonde On Blonde album was released, reaching No.9 in the US charts and No.3 in […] 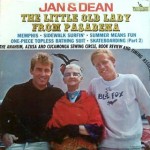 1964, Jan & Dean start recording “Little Old Lady (From Pasadena).” 1965, The Who appeared at Civic Hall in Dunstable, Bedfordshire, England. 1965, San Francisco radio station KYA hosts the Rolling Stones, the Byrds, Beau Brummels, Paul Revere & the Raiders, and the Vejtables at the Civic Auditorium. 1966, The Who played at Palais in […] 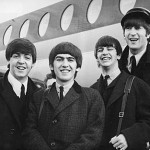 1964, The Beatles set a new chart record when they had 14 songs on the Billboard Hot 100. The songs ranged from “Can’t Buy Me Love” at number one to “Love Me Do” at number 81. 1965, Performing at the New Musical Express poll winners concert, at London’s Wembley Empire Pool, England, The Beatles, The […] 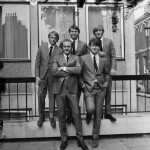 1964, The Beach Boys recorded their next single “I Get Around,” which became their first US number one in the summer of ’64. 1965, The Who made their first radio appearance on the UK BBC’s Joe Loss Pop Show. 1966, a charity concert at The Hollywood Bowl, Hollywood, California, took place featuring, Jan and Dean, […]

1965, during a Rolling Stones gig at The Palace Theatre in Manchester, England a female fan fell from the circle while the group were playing. The crowd below broke her fall and the girl escaped serious injury just breaking a few teeth. 1966, Mike Millward guitarist from The Fourmost died, aged 23. The Liverpool group […]