You are here: Home / Archives for Rock History

1964, The Searchers were at number one on the singles chart with the Sonny Bono song "Needles And Pins." 1965, The Who play the Corn Exchange at Chelmsford and then an all-night rave at the Club Noreik in Tottenham. Opening for The Who at the all-night rave is The Muleskinners featuring future Small Faces' keyboardist, Ian McLagan. 1966, Big Brother & the Holding … END_OF_DOCUMENT_TOKEN_TO_BE_REPLACED 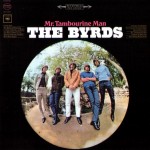 1965, The Byrds record "Mr. Tambourine Man."  The only actual member of the band who performs on the record is lead guitarist/singer Jim McGuinn. Musicians from the fabled "Wrecking Crew," including Larry Knetchel on bass, Leon Russell on piano, Hal Blaine on drums, Jerry Cole and Bill Pittman on guitar, replace the rest of the band. These musicians provided the backing track … END_OF_DOCUMENT_TOKEN_TO_BE_REPLACED

1963, The Beatles made their first national TV appearance in the UK on Thank Your Lucky Stars performing "Please Please Me." 1965, The perform at the Marquee Club in London. 1967, Pink Floyd and Marmalade played at The Marquee Club, London. 1967, The Monkees were at number one on the singles chart with "I'm A Believer." The group's only UK chart topper. 1967, The … END_OF_DOCUMENT_TOKEN_TO_BE_REPLACED

1964, The Beatles made their US chart debut when "I Want To Hold Your Hand" entered the chart at number 45 just ten days after its release, making it the fastest-breaking and the fastest selling single in Capitol Records history. It went on to spend seven weeks at the number one position. 1965, The Rolling Stones recorded "The Last Time" and "Play With Fire" at the RCA … END_OF_DOCUMENT_TOKEN_TO_BE_REPLACED

1964, The Rolling Stones released their first EP, which included, "You Better Move On," "Poison Ivy," "Bye Bye Johnny," and "Money." It peaked at number 15 on the UK chart. 1966, NBC-TV  bought The Monkees series, placing it on their 1966 autumn schedule. 1967, The Daily Mail ran the story about a local council survey finding 4,000 holes in the road in Lancashire … END_OF_DOCUMENT_TOKEN_TO_BE_REPLACED