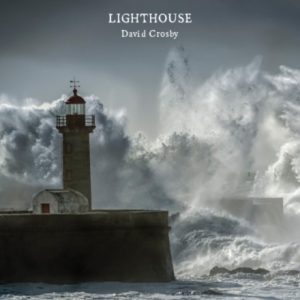 Thanks to Glenn Love for this review.

David Crosby last night at the quaint, 720-seat McGlohon Theater in downtown Charlotte, North Carolina was most excellent, as was the fresh Triple C IPA that was on tap.  Crosby’s extraordinarily tight and talented band consisted of: Michael League, founder of Snarky Puppy, on guitar, bass & vocals; Becka Stevens, a native of Winston-Salem, NC on guitar and vocals, and Michelle Willis on vocals and keyboards. They came out in stage at 7:30, played an hour-long set, took a fifteen minute break, and played another hour-long set before leaving and immediately returning to the stage to play one last song – a simply beautiful, harmony-filled folk rendition of Joni Mitchell’s epic song, Woodstock. The vocal harmonies those four produced last night was special. I’m sure the phenomenal acoustical qualities of the church-turned-music venue enhanced the sound even further. Crosby’s alternative guitar tunings have always intrigued and inspired me in my own efforts to play acoustic guitar, so it was nirvana for me watching and listening to all the guitar work happening on stage. Crosby is touring to promote his new album, Lighthouse, so anyone in the audience who was expecting a “greatest hits” concert left disappointed. As many of you know, I’m an avid David Crosby fan, so naturally I bought his new album on the day it was released in mid Octobert, so I was there to hear his new material performed live, and, of course, to take in the man’s immense talent. I came away in total awe of how well the 75 year old’s voice and guitar playing have held up… considering. It was a thrill to see him perform just twenty-five feet in front of me (from the fifth row) with only a few hundred people behind me. The setting was so intimate that I did not feel comfortable video taping any of the show, but I did grab audio recordings of 3 classics: Deja Vu, Guinevere, and Woodstock. His new material was incredible live. And you know why, don’t you. Because live music is better. This was my second time seeing him without mates StephenStills, Graham Nash and/or Neil Young. The other being in 1980 in Baldwin Auditorium (also a converted church) on the Duke campus. Below are links with additional info and reading about the band if anyone is interested.

Here’s a setlist for a different venue on the same tour:
http://www.setlist.fm/setlist/david-crosby/2016/ponte-vedra-concert-hall-ponte-vedra-beach-fl-7bfa5e68.html