You are here: Home / Sports / Happy New Year In Women’s Sports From The Token Female! 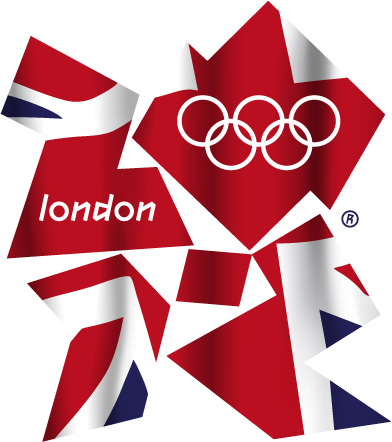 Happy New Year…and a delightful, healthy and prosperous 2012 to all of you!

As this new year dawns, I am more excited than ever to cover women’s sports and sports in general. From the 40th Anniversary of Title IX to the Women’s NCAA Finals in Denver, Colorado to the London Olympics, in September, this year is going to be special….

It certainly started out with a bang. On New Year’s Day, reporters were tipped off by the Chicago Sky’s Media Director, Matt Robbie, that a “major announcement” was happening at 10:00 am January 2 . And it was. Swin Cash , the 10-year WNBA veteran and three-time All-Star who won titles with the former Detroit Shock and 2010  champion Seattle Storm, was aquired from the Storm along with Le’Coe Willingham.  Last year, Cash averaged 13.2 ppg and 6.9 rebounds. Eight-year veteran Willingham, who has won titles with the Phoenix Mercury as well as the Storm, averaged 6.4 ppg and 4.2 rebounds. The Sky also acquires one of the two second-round picks of the Seattle in the 2012 WNBA draft.

In return, Seattle receives the Sky’s #2 overall pick in the 2012 WNBA draft.

I like this deal. After last year’s sixth failure to make the playoffs, with a 14-20 record, I believed the Sky needed to acquire veterans who knew how to win, and help create an environment among the talented roster of current Sky players–none of whom have won a WNBA championship.  Cash has led her teams to the playoffs nine times. She’s very aggressive on the boards. Most important, Cash knows how to dominate during crunch times. She learned that at the hands of her old coach, former Detroit Shock coach and Piston Bill Laimbeer.

Seattle benefits as well, because they have a team deep in talent, including veterans Sue Bird and Lauren Jackson. The move provides the Storm the ability to acquire younger talent,  such as Stanford forward Nnemkadi Ogwumike (considered the probable No. 1 pick), or Tennesee’s Glory Johnson.

More about the Sky later. In the meantime, let’s recap 2011 on the Women’s Sports Scene:

Quick, who was the last team to win a championship for Chicago?

The Changing of the Guard in NCAA Women’s Basketball:

Women’s World Cup and the Future of Women’s Professional Soccer:

Finally, I’d like to invite everyone to join Les Grobstein,  Steve Leventhal and me for the Weekend Sports Report every Saturday morning from 7-8 am on WKRS-AM 1220/WKRS.com. I speak the truth when I say there is no other show like this in the Chicago area. Three passionate individuals, one encyclopaedic mind, one sports technician…and one redheaded spitfire!  We have a lot of fun…join our party! We also podcast our show every week, so you can find us at www.yoursportsfan.com if you sleep in!

For example, last week, we talked about Week 17 of the NFL regular season, and perhaps the last week of Mike Martz as Bears offensive coordinator. On the other hand, the Packers will be playing more games in January, on their way to the Super Bowl? Plus some NBA, NHL, and college football news.