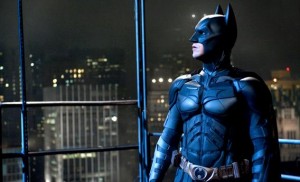 I had an array of emotions even before going to see the latest Batman flick, “The Dark Knight Rises”. This was just a little more then twenty-four hours after the senseless and horrific incident out in Colorado. Normally movies are a form of escapism from the real world but on this occasion how could anybody see this movie without thinking of the tragedy out west.

Even at 8:30 in the morning the theater was more then half full so I wasn’t the only knucklehead to get up early. And speaking of early, or late, many theaters are showing this movie on a 24 hour basis. Midnight showings aren’t that unusual but how about 2:00, 4:00 & 6:00 am times? Who the heck goes to movies at that hour?

Now on to the movie itself which is the final installment of a trilogy that has taken place over a seven year period. For the record I very much enjoyed the first two flicks and even at ( a much too long) 2 hours and 30 minutes, I liked this one too.

Batman (in this flick) has been in hibernation for a long period of time and is battling not only physical but emotional scars from his previous battles. Christian Bale does a real good job of showing the tortured side of both Bruce Wayne and Batman.

Batman has gone into retirement, but like most fighters, he comes out of retirement when another fight comes down the pike. The fight in this instance comes in the form of a new villain named Bane. Bane is played by Tom Hardy who I have enjoyed in other movies but even though he is big and tough something is sorely lacking in this character. One of the things lacking is his voice which is muffled by the mask he wears. You have to pay special attention at times to hear exactly what he’s saying. Maybe this is nitpicking but it’s one of the few complaints I had. 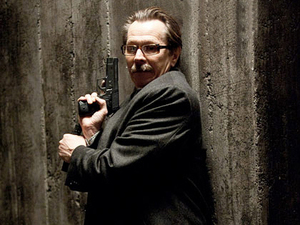 Along the way all the characters of the past two flicks embellish their roles with Michael Caine, Gary Oldham, and Morgan Freeman all doing their thing. Add in good performances by Anne Hathaway and Joseph Gordon-Levitt and you have a cast that was top notch from top to bottom.

Much like the James Bond movies, the Batman flicks always have some new toys for the main character to play with and you wont be disappointed with his new trinkets (big and small). The movie moves along a little on the slow side but finishes strong and has a few surprises at the end that I didn’t see coming.

This was a most satisfying ending to the trilogy and thumbs up to Director, Christopher Nolan who delivered all three times.

Not all super hero movies have been satisfying this summer but “The Dark Knight Rises” surely was and I give it a triple – three stars.

PS……One super hero movie comes to an end but another is set to begin (again) as we were treated to previews of the return of Superman. I’m such a sucker for movies of this genre but I’m not alone.