You are here: Home / Music / Classic Rock / Song Of The Day by Eric Berman – “Sailor” by Rod Stewart 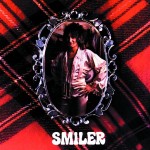 Rod Stewart’s 1974 album,“Smiler,” was unfairly panned and ridiculed by rock fans and critics alike upon its release. While it’s true that “Smiler” was Stewart’s last album for Mercury Records before jumping ship to Warner Bros., I just don’t buy the criticism that he had run out of gas and was basically treading water by handing in a subpar record that Allmusic calls “an utter waste of time.” Not only does the record feature a selection of fine originals including this chugger written by Stewart and Faces cohort Ron Wood, but it also includes previously unrecorded songs penned by the likes of Elton John & Bernie Taupin (“Let Me Be Your Car”) and Paul and Linda McCartney (“Mine For Me”). There’s also a clutch of patented covers including a Sam Cooke medley of “Bring It On Home To Me” and “You Send Me,” Chuck Berry’s “Sweet Little Rock ‘n’ Roller” and Bob Dylan’s “Girl From The North Country.” Was it as good as “Every Picture Tells A Story?” No…but few albums in Stewart’s catalog are. Critics complained that the song selection was safe and predictable, but I’d take this group of songs over “Do You Think I’m Sexy” and “Hot Legs” any day…at least he still maintained some credibility.