You are here: Home / Music / Classic Rock / Song Of The Day – “My Dark Hour” by Steve Miller Band 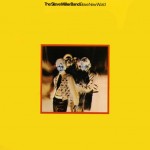 Here’s an instance where an artist cribs from his own back catalog and creates another hit. Miller revisited this riff from this 1969 song that originally appeared on his “Brave New World” album again in 1976 for “Fly Like An Eagle” and took it to new heights.

The bass and backing vocal duties on this track are handled by Paul Ramon, an alias Paul McCartney would occasionally use.