You are here: Home / Music / Big Band / Song Of The Day – “Watch What Happens” by Lena Horne & Gabor Szabo 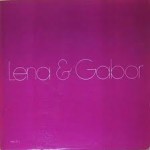 A funny thing happened when jazz and pop vocalists like Lena Horne fell on the wrong side of the generation gap during the late 1960s. Suddenly, older classics like “Stormy Weather” and “Love Me Or Leave Me” began to sound hopelessly out of date to a younger generation of listeners, who didn’t give artists like Horne the time of day, or worse, time on their turntables.

Changes would have to be made, and many of the artists began recording popular songs of the day and augmenting their once jazz or orchestral recordings with electric guitars, electric bass, organ and drums. Sinatra did it. So did Tony Bennett, Johnny Mathis and Andy Williams. It was a matter of survival, and at least Lena Horne had the talent and had been around the block enough times to attempt to adapt to the times.

While many of the pop vocalists didn’t have the wherewithal to update their sound and still retain credibility,  Horne was a sympathetic and adept interpreter  of song and managed just fine to survive with her career intact.

By 1969, Lena Horne hadn’t released a new album for four years and was pretty much considered yesterday’s news as a recording artist. At the same time, Gabor Szabo, who is one of the few guitarists whose stands comfortably beside Jerry Garcia when it comes to guitar sound, technique and improvisatory style, left Impulse Records to form his own Skye Records label along with vibist Cal Tjader and composer/arranger Gary McFarland.

Szabo was born in Hungary and came to America to study at the Berklee School Of Music in Boston. He played guitar with the Chico Hamilton quartet between 1961 and 1965, before recording a series of classic jazz albums for Impulse that melded his modal psychedelic guitar style with choice covers of contemporary hits. His 1966 album Sorcerer  is one of the seminal jazz guitar recordings of the 1960s. Concurrent with his own recording career, Szabo also toured and played as a member of Horne’s live performance band. So it only seemed natural that Gabor and Horne would eventually record an album together.

The album they recorded was appropriately called Lena & Gabor, and it featured a who’s who of great jazz session players of the time including Eric Gale and Cornell Dupree on guitar, Richard Tee on organ, Chuck Rainey on bass and Grady Tate on drums. Many of these artists also recorded albums for the Skye label as well.

The album’s repertoire included Horne’s first chart hit in some time with today’s Song Of The Day, “Watch What Happens,” which was written by Michel Legrand. The record also featured no less than four Beatles covers including versions of “In My Life,” “The Fool On The Hill,” one of the best covers of “Something” ever, and a fairly ridiculous take on “Rocky Raccoon.” Rounding out the record were versions of Fred Neil’s “Everybody’s Talkin’,” “Bacharach and David’s “Message To Michael” and the Charles Aznavour classic “Yesterday When I Was Young.”

Szabo’s hypnotic and funky guitar work throughout this album is nothing short of stunning. While the Skye label only lasted two years and 21 releases, Szabo went on to write the song “Gypsy Queen” which became a hit for Santana in 1970. He continued to record records for a variety of labels until his death in 1982.

Horne never really revived her recording career with this record, but continued to be a concert draw in supper clubs and on Broadway in her 1981 revue Lena Horne: The Lady And Her Music for which she won a Tony Award. She died on Mother’s Day 2010 at the age of 92.