You are here: Home / Archives for Music / Easy Listening/Pop 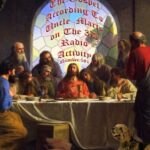 This is our 581st adventure of The 3D RadioActivity, as we gather together to partake and heal musically in The Gospel According To Uncle Marty. We are going to followup our look into Chess, Stax, Sun, and VeeJay, with a retrospective of Blind Pig and Alligator Records all the way up to Memorial Day when we remember musicians who have met their fate in this past year. … END_OF_DOCUMENT_TOKEN_TO_BE_REPLACED

1966, The Who appeared at the Central Pier, Morecambe, Lancashire, England. 1966, During an UK tour, Roy Orbison fell off a motorbike while scrambling at Hawkstone Park, Birmingham fracturing his foot. He played the remaining dates sat on a stool and walking on crutches. 1967, Fats Domino played his first ever UK date at London's Saville Theatre, supported by The Bee Gees … END_OF_DOCUMENT_TOKEN_TO_BE_REPLACED 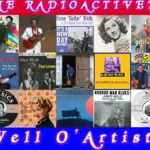 I'm Uncle Marty, this is The 3D RadioActivity number 579, and on this installment we will be dipping into artistic WELLs of music starting out with some blues for youse. We've been digging WELLs with you this time as every artist has that word in their name, our next playlist focus will feature it in the title of the tune with tracks from Bonnie Raitt, Santana, Linda … END_OF_DOCUMENT_TOKEN_TO_BE_REPLACED 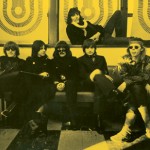 1967, Pink Floyd and The Thoughts appeared at the Marquee, London, England. The Marquee club has often been defined as "the most important venue in the history of pop music," not only for having been the scene of the development of modern music culture in London, but also for having been an essential meeting point for some of the most important artists in rock music. 1967, … END_OF_DOCUMENT_TOKEN_TO_BE_REPLACED

1965, during a Rolling Stones gig at The Palace Theatre in Manchester, England a female fan fell from the circle while the group were playing. The crowd below broke her fall and the girl escaped serious injury just breaking a few teeth. 1966, Mike Millward guitarist from The Fourmost died, aged 23. The Liverpool group who were managed by Brian Epstein had the 1964 UK number … END_OF_DOCUMENT_TOKEN_TO_BE_REPLACED