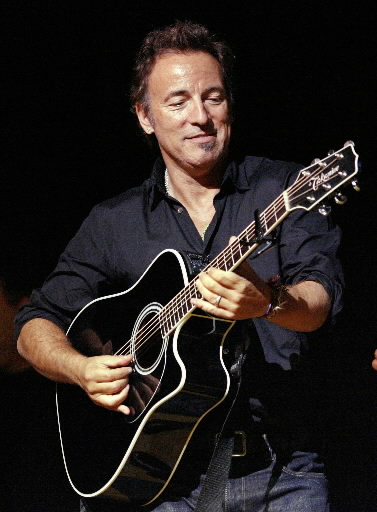 To someone passing by the Paramount Theater in Asbury Park last night, the sight of fans standing in the freezing cold, desperately pleading with complete strangers for extra tickets probably seemed a little odd. After all, the biggest names on the bill for the Light of Day Parkinson’s benefit were David Bromberg, Garland Jeffreys and Southside Johnny. They’d probably be even more shocked to learn that the face value of tickets ranged from $47 to $381, and the show sold out in seconds.

The vintage Bruce Springsteen shirts that some of the fans were wearing would be a good clue as to what was going on. Anyone who lives in New Jersey knows that anytime any artist plays anywhere near Asbury Park rumors start flying that Bruce might show up. Usually he doesn’t – but the Light of Day is a different story. He’s been to nearly every one since the benefit shows began in 2000, and since the concerts got upgraded from tiny clubs to the Paramount Theater a few years ago, Springsteen’s presence has pretty much been a guarantee. Some fans actually travel in from Europe for the show. I imagine that they did not leave disappointed.