You are here: Home / Archives for Aerosmith 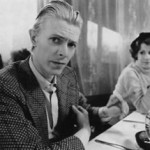 1964, The Supremes record "Where Did Our Love Go" at Motown Studios in Detroit. The song would become the first of their five number one singles. 1965, Unit Four Plus Two were at number one on the singles chart with "Concrete And Clay," the English group's only chart topping hit. 1966, The Who played at Queens Hall in Leeds, West Yorkshire, England. 1967, Otis Redding, … END_OF_DOCUMENT_TOKEN_TO_BE_REPLACED

1966,The Beatles were at Abbey Road studios in London, recording overdubs on the new John Lennon song "Tomorrow Never Knows" and the new Paul McCartney song "Got to Get You Into My Life" for the forthcoming Revolver album. 1967, Pink Floyd played at the Floral Hall in Belfast, Northern Ireland. 1967, Jimi Hendrix performed at the ABC Theatre in Carlisle, Cumbria, … END_OF_DOCUMENT_TOKEN_TO_BE_REPLACED

1967, Jimi Hendrix set fire to his guitar live on stage for the first time when he was appearing at The Astoria in London, England. It was the first night of a 24-date tour with The Walker Brothers, Cat Stevens, and Engelbert Humperdink. The Fender Stratocaster burned on stage by Hendrix sold for £280,000 at a 2008 London auction of rock memorabilia. 1967, Pink Floyd played … END_OF_DOCUMENT_TOKEN_TO_BE_REPLACED

1967, Working on sessions for the new Beatles album Sgt. Pepper's at Abbey Road studios in London, John Lennon recorded his lead vocal for "Good Morning Good Morning," and Paul McCartney added a lead guitar solo to the track. Lennon had decided he wanted to end the song with animal sound effects, and asked that they be sequenced in such a way that each successive animal was … END_OF_DOCUMENT_TOKEN_TO_BE_REPLACED

1966, At a photo session with Bob Whitaker’s studio in London, The Beatles posed in white coats using sides of meat with mutilated and butchered dolls for the cover of their next American album, Yesterday and Today. After a public outcry, the album was pulled from stores and re-issued with a new cover. At the time, some of the Beatles defended the use of the Butcher photograph. … END_OF_DOCUMENT_TOKEN_TO_BE_REPLACED