You are here: Home / Archives for Alan Parsons Project 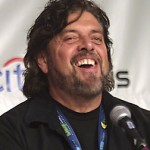 I was privileged to have the opportunity to interview legendary engineer, producer, and artist Alan Parsons. he was promoting a new album he produced by ukelele (that's right, ukelele) virtuoso Jake Shimabukuro.  "Grand Ukelele" was released on October 2nd.  Link to "Island Fever Blues" Alan checked in via Skype, and we talked about his new project, as well as discussed the … END_OF_DOCUMENT_TOKEN_TO_BE_REPLACED

Welcome to The 3D RadioActivity, and this week and next we are playing songs as we observe The Olympic Games going on in London, the athletic festival that originated in ancient Greece and was revived in the late 19th century. Before the 1970s the Games were officially limited to competitors with amateur status, but in the 1980s many events were opened to professional … END_OF_DOCUMENT_TOKEN_TO_BE_REPLACED