You are here: Home / Archives for Alexis Korner 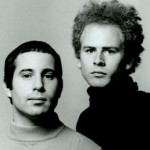 1966, Simon and Garfunkel started a two week run at number one on the singles chart with "The Sounds Of Silence." 1967, The Doors made their first live television appearance lip-synching their first single "Break on Through" on Shebang, on KTLA-TV Channel 5 in Los Angeles. The single peaked number 126 on the chart mainly due to lack of airplay after censors objected to the … END_OF_DOCUMENT_TOKEN_TO_BE_REPLACED