You are here: Home / Archives for American Bandstand 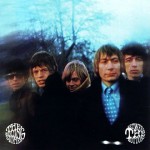 1966, Bob Dylan and The Band played at the Convention Center in Louisville, Kentucky. This was the first date on a world tour which would become significant as the first outing in which Dylan used electric instruments, after he had gone "electric" at the 1965 Newport Folk Festival. 1966, The Who play the Astoria Theatre in Finsbury Park, North London. The supporting acts are … END_OF_DOCUMENT_TOKEN_TO_BE_REPLACED