You are here: Home / Archives for Big Bopper 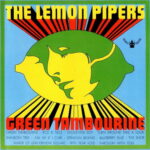 1959, 22 year old Buddy Holly, The Big Bopper and Ritchie Valens, aged 17, died in a crash shortly after take-off from Clear Lake, Iowa, the pilot of the single-engined Beechcraft Bonanza plane was also killed. Holly hired the plane after heating problems developed on his tourbus. All three were traveling to Fargo, North Dakota, for the next show on their Winter Dance … END_OF_DOCUMENT_TOKEN_TO_BE_REPLACED

We have phone songs for you this week, not a call in program, however it does answer a calling.  What do The Big Bopper and Jayne Mansfield have in common?  Where else will you hear The Turtles, Stevie, Aretha, Alice and a song about Elvis?  Listen in to find out.  There isn't a wrong number in the bunch.  We managed to get in almost 104 minutes of melodies with 28 choice cuts … END_OF_DOCUMENT_TOKEN_TO_BE_REPLACED