You are here: Home / Archives for Bob Dylan – Tangled up in blue

Bob Dylan - Tangled up in blue

On this episode we are spinning cuts that are part of the compendium known as Rolling Stone Magazine's "500 Greatest Songs of All Time", and every song is one that we have not featured on the program before...  Which really says something because we have played well over 5,000 numbers in our nearly 250 shows, and we always try not to repeat ourselves.  I'm Uncle Marty, along … END_OF_DOCUMENT_TOKEN_TO_BE_REPLACED 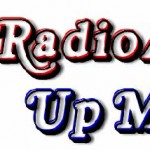 This time on The 3D RadioActivity, we continue running with the previous themes. We have gone from Fall to Down so on this show we will be playing up music to investigate things over our head. Up can be an adverb, (your time is up) adjective (you're up next), preposition (up the creek), a noun (the market is up), a verb when he up and quit his job. It could be a direction, an … END_OF_DOCUMENT_TOKEN_TO_BE_REPLACED