You are here: Home / Archives for Bobby Darin 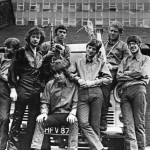 1967, Brian Wilson returned to performing live with The Beach Boys in Honolulu after a two year hiatus. The group had just released "Heroes and Villains." 1967, Bobbie Gentry started a four week run at No.1 on the US singles chart with "Ode To Billy Joe," a No.13 hit in the UK. The song generated eight Grammy nominations, resulting in three wins for Gentry and one win for … END_OF_DOCUMENT_TOKEN_TO_BE_REPLACED 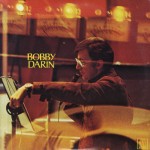 By 1972, Bobby Darin was long past his “Splish-Splash” rock ‘n’ roll beginnings and the supper club success that followed. He’d moved from his successful home at Atco records to the new confines of Capitol records where the supper club hits began to dry up. The late ‘60s was a turbulent time in our country and, especially in Darin’s life. He was deeply dedicated to … END_OF_DOCUMENT_TOKEN_TO_BE_REPLACED

While Tim Hardin was a terrific singer possessing a distinctive vibrato-infused style, he was better known as the gifted songwriter who wrote the classics “If I Were A Carpenter” and “Reason To Believe.” While both songs were covered often by many artists, one of his most covered songs was this lesser known gem. “Don’t Make Promises” was the lead song on Hardin’s first record, … END_OF_DOCUMENT_TOKEN_TO_BE_REPLACED