You are here: Home / Music / Classic Rock / Song Of The Day by Eric Berman – “Don’t Make Promises” by Tim Hardin 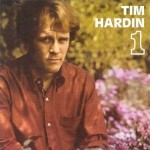 While Tim Hardin was a terrific singer possessing a distinctive vibrato-infused style, he was better known as the gifted songwriter who wrote the classics “If I Were A Carpenter” and “Reason To Believe.” While both songs were covered often by many artists, one of his most covered songs was this lesser known gem. “Don’t Make Promises” was the lead song on Hardin’s first record, “Tim Hardin 1,” and was covered by a myriad of artists including Joan Baez, Bobby Darin, The Kingston Trio, Helen Reddy, Gary Puckett & The Union Gap, Rick Nelson, Marianne Faithful, The Beau Brummels, Three Dog Night, Dave Alvin and Paul Weller. As a stage performer, Hardin was erratic at best as illustrated by his appearance at Woodstock where he and his performance were disheveled due to his drug addiction. It’s been reported that Hardin became addicted to heroin while serving in Viet Nam in the early 1960s, which set him up on inevitable road that led to his death from an overdose in 1980. During the latter part of his career, Hardin gave up on writing original songs and focused on covering old rock and roll tunes, today his modest canon or originals is ripe for rediscovery.