You are here: Home / Archives for Boyz II Men 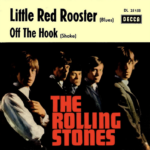 1964, The Rolling Stones had their second UK number one single with their version of "Little Red Rooster." The Stones had recorded the song at Chess Studios in Chicago, the same studios where Howlin' Wolf, Muddy Waters and Little Walter had recorded their blues classics. 1965, Rolling Stone Keith Richards was knocked unconscious by an electric shock on stage at the Memorial … END_OF_DOCUMENT_TOKEN_TO_BE_REPLACED