You are here: Home / Archives for Bruno Mars 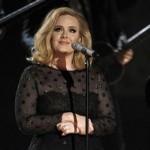 Perhaps the best thing about having to out at a family function Sunday night was taping the 54th Grammy Awards and being able to speed through all the commercials (there were many) and songs I didn't care for (there were some.) Host LL Cool J's touching prayer for Whitney Houston and  Brune Mars channeling James Brown set the tone for the evening.  Little did I know that … END_OF_DOCUMENT_TOKEN_TO_BE_REPLACED