You are here: Home / Archives for Classic Rock 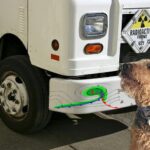 I'm your Uncle Marty along with my Airedale wingman Daytona, this is chapter 627 of The 3D RadioActivity, as we move the program forward by catching a wave in order to surf it Out FRONT. Our Full FRONTAL presentation showed a few ways to move beyond the the farthermost limits of knowledge or achievement in a particular subject or place. We hope you are ready to get out … END_OF_DOCUMENT_TOKEN_TO_BE_REPLACED

Denny Zager and Rick Evans met in college in Nebraska in the early 1960s and began playing music together. They recorded this song in 1968 and it reached the top of the charts during the summer of '69 in time for man’s first steps on the moon.  It stayed atop the charts while man continued to make history at the Woodstock Music and Arts Festival. While the duo was never able to … END_OF_DOCUMENT_TOKEN_TO_BE_REPLACED

This is the opening triptych of songs from Palmer's debut solo album from 1974. But it wasn't the first time we heard from Palmer since he had been a member of the band Vinegar Joe before this releasing three critically acclaimed albums that were ignored by the public during the early '70s. "Sailing Shoes" was a Little Feat cover written by Lowell George. The band backing … END_OF_DOCUMENT_TOKEN_TO_BE_REPLACED

Selected later songs like this one by Bob Dylan are a slam dunk. Going to see him in concert is total a crap shoot...you never know what you're gonna get, but if you go with low expectations, you should be fine. Albums by Dylan fall somewhere in between from the sublime like "Love And Theft," "Blood On The Tracks," "Street Legal," "Blonde On Blonde," "Highway 61 Revisited" and … END_OF_DOCUMENT_TOKEN_TO_BE_REPLACED