You are here: Home / Archives for Dallas Cowboys

on this week's Sports Report with Packer Dave ....Steve Leventhal was at Halas Hall, and has Chicago Bears audio ahead of their second meeting of 2017 with the Green Bay Packers  this Sunday at Soldier Field.  Doug Russell from Milwaukee's WTMJ radio gives his take from north of the state line.  Jeff Rich joins us for discussion of the big games in the NFL and college … END_OF_DOCUMENT_TOKEN_TO_BE_REPLACED

on the Weekend Sports Report with Packer Dave and Steve Leventhal We are joined by Bob Stevens, CBS radio correspondent and reporter for 105.3 The Fan in Dallas to preview the Packers-Cowboys Divisional Playoff game. Green Bay will be missing WR Jordy Nelson, while Dallas will be a full strength for this rematch of their October 16th game at Lambeau.  Jeff Rich and Dave … END_OF_DOCUMENT_TOKEN_TO_BE_REPLACED

1920 - The New York Yankees paid the Boston Red Sox $125,000 for Babe Ruth 1971 In the NFC title game the Dallas Cowboys beat the San Francisco 49ers 17 -10,  and the Baltimore Colts previal over the Oakland Raiders 27-17 in the AFC. 2002 - The of Miami Hurricanes beat the Nebraska Cornhuskers 37-14 to win the National Championship, played at the Rose Bowl in Pasadena, … END_OF_DOCUMENT_TOKEN_TO_BE_REPLACED 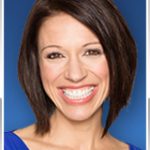 on the Weekend Sports Report with Packer Dave and Steve Leventhal ...Dionne Miller of ABC 7 in Chicago joins us for a closer look at the Chicago Bears - Green Bay Packers game, at what will be a very chilly Soldier Field Sunday. Plus, our NHL expert John Poulter gives a hockey update, and our SRN Fantasy Football expert, Mike Perlow, chimes in with his DFS picks for Sunday's … END_OF_DOCUMENT_TOKEN_TO_BE_REPLACED

The Weekend Sports Report with Packer Dave and Steve Leventhal ....SRN assistant sports director and basketball guru Phil Meyers joins us for a look at the brackets and discusses who, if anyone can step up and challenge undefeated Kentucky for the NCAA title as 2015 March Madness gets underway. John Poulter also chimes in on spring training baseball, as well as a brief chat … END_OF_DOCUMENT_TOKEN_TO_BE_REPLACED