You are here: Home / Archives for Doobie Brothers 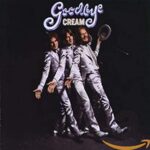 1969, Cream started a two-week run at No.1 on the chart with their album 'Goodbye.' 1969, Tommy Roe started a four week run at No.1 on the singles chart with 'Dizzy', 1969, Janis Joplin was featured on the cover of Rolling Stone magazine, on sale for 35 Cents, 1969, Tyrannosaurus Rex singer Marc Bolan's first book of poetry 'The Warlock Of Love' was published, 1969, … END_OF_DOCUMENT_TOKEN_TO_BE_REPLACED 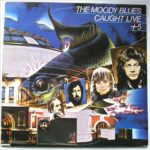 Hosted by Bart Shore. This episode of Psychedelic Time Warp features lots of live versions of songs. Some were previously unreleased when this first aired back in 2005, but in an effort to keep the flow of streams and albums sales going, bands have continuously revisited the vault for "new" content. Enjoy live and rare recordings by the Beatles, the Who, the Moody Blues, … END_OF_DOCUMENT_TOKEN_TO_BE_REPLACED