You are here: Home / Archives for Faith No More

1964, The Yardbirds, featuring Eric Clapton appeared at The Cavern Club, Liverpool, England. 1965, The Rolling Stones began a 16-date tour of Australia and New Zealand at the Agricultural Hall at Manufacturers Auditorium in Sydney with Roy Orbison, The Newbeats and Ray Columbus and the Invaders. 1965, The Who pre-tape their first appearance on Radio Luxembourg's Ready … END_OF_DOCUMENT_TOKEN_TO_BE_REPLACED 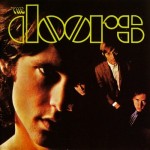 1966, The Doors started recording their self-titled first album at Sunset Sound Recording Studios, West Sunset Boulevard, Los Angeles, California. The Sunset Sound Recorders complex was created by Walt Disney's Director of Recording, Tutti Camarata, from a collection of old commercial and residential buildings, some built more than 80 years ago. At the encouragement of Disney … END_OF_DOCUMENT_TOKEN_TO_BE_REPLACED