You are here: Home / Archives for Frankie Lymon 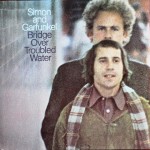 1964, The Yardbirds played at the Rhythm and Blues Festival at The Town Hall, Birmingham, England. 1966, Liverpool's Cavern Club, made famous by the Beatles' residency there, closes and is later turned into a subway station. 1966, The Who appeared at Eltham Bath in London. 1968, Frankie Lymon was found dead at his mother's house in New York of a suspected drug … END_OF_DOCUMENT_TOKEN_TO_BE_REPLACED